The Woodland Police Department continued its Community Safety Conversations featuring Police Chief Derrek Kaff, where he, alongside a panel, listened and answered questions from viewers about homelessness.

Held via Zoom Tuesday night, this was the second safety conversation where the panelists talked about community topics. Questions ranged from what is an appropriate police response to homelessness issues and what the city of Woodland and partners are doing in that area.

Homelessness has been a contentious issue for Woodland residents as they have frequently taken to social media or city council meetings to voice their complaints on the issue.

The discussion began with Chief Kaff and fellow panel members answering a dozen or so written questions from the community. The panel included Kristen Cline, the homeless coordinator for the city of Woodland, and Ian Evans, the Adult and Aging Branch Director of the county’s Health and Human Services Agency.

Many of the answers were to inform the community that there are alternatives other than arresting and jailing homeless people. Police officers are often called to deal with any issues, according to Kaff. He estimates 30% of all the arrests in Woodland are of homeless people.

The first question of the night asked bluntly, “What can be done if a homeless person is sleeping on or building a camp on my property?”

Kaff and the panel informed the community that calling non-emergency dispatch would be the easiest way to get an officer out to address the issue. Kaff also mentioned people could call the Homeless Outreach Street Team hotline. If there is no response, HOST will respond the next day.

For some time, three officers were assigned to the HOST. A little less than a year ago, another officer was reassigned there to cover weekends. According to Kaff, HOST officers would build good relationships during the week but would lose ground over the weekend gap.

“I can’t say better things about the HOST team,” Chair of the Yolo County Board of Supervisors Gary Sandy said. “I found them amazingly well informed and amazingly well connected. It was fascinating to witness their personal relationships with the homeless and the ability to remember individual histories and individual sets of problems. They really do a super job, and I wish more citizens had an opportunity to sit down and discuss the realities versus the fictions of homelessness. It’s a very eye-opening experience.”

Another question pertained to the new $2.3 million emergency homeless shelter, a single-story apartment-like building in the middle of a now-empty field northeast of Beamer Street and County Road 102.

According to Doug Zeck, the executive director at Fourth & Hope, shelter and emergency services will move to the new location. Zeck is targeting the first part of December as the opening date.

Zeck estimates the new shelter will hold around 100 beds, 60 for men and 40 for women. Due to the ongoing COVID-19 pandemic, there will be a capacity max of only 70 beds when it first opens, mixed between men and women.

“The shelter will have practical things such as a shower and laundry facility along with meals,” Zeck explained. “Some of the things we take for granted in day to day life, those people don’t have those things. It really is going to be a nice addition to our community.”

Asked if people from outside the city and county will be able to be housed, Zeck mentioned that while the focus will be on the local homeless, they will do their best to help everyone. 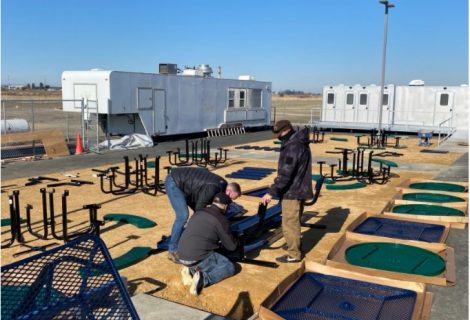 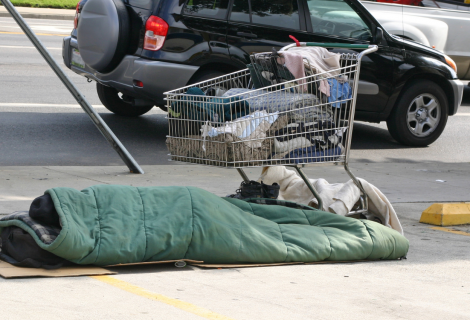 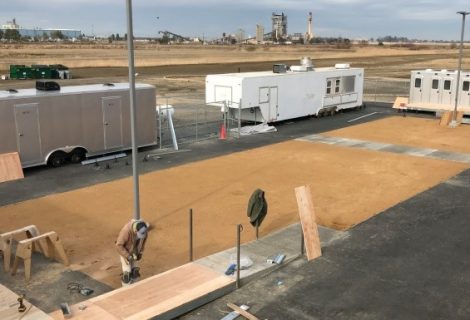 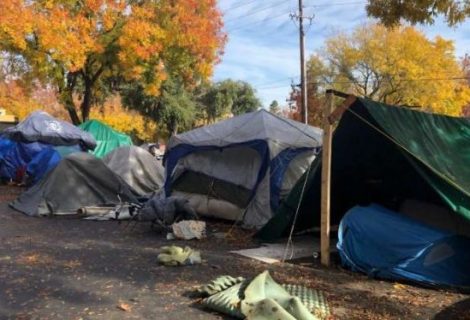