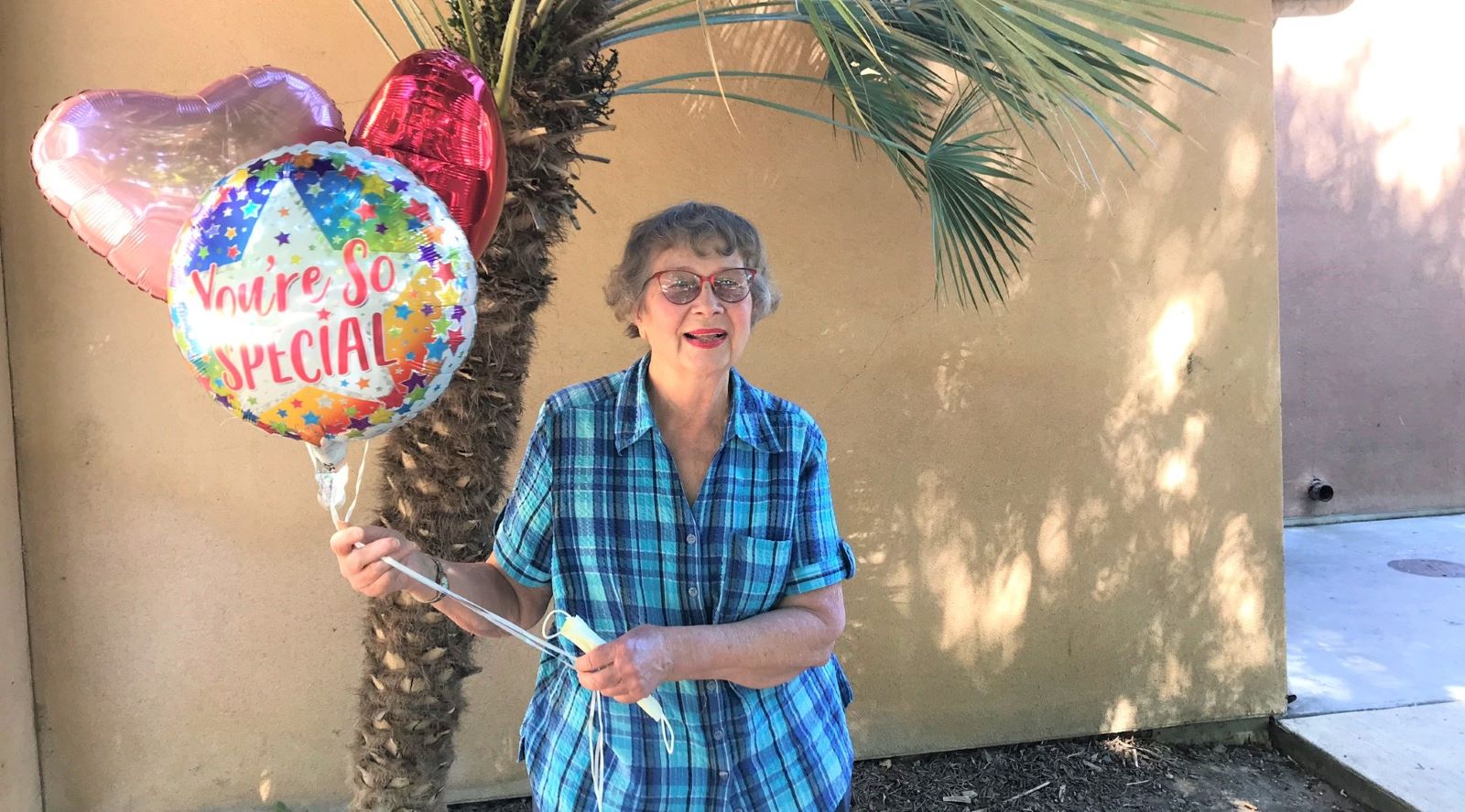 Every month we recognize one volunteer as Fourth & Hope’s Volunteer Superstar. They are gifted with a small token, a thank you card, balloons, and their photo is posted on our social media. Roz Stone is this month’s Volunteer Superstar. Roz has been a volunteer since the inception of Fourth & Hope and has faithfully cooked dinner for our clients twice a month, sometimes more often, even during this pandemic.

Balancing a camera and balloons in one hand and ready shout out “SURPRISE” with the other, I noticed Roz’s own balancing act as she walked through the door with photos from the last 30 years and a copy of the Daily Democrat dated March 9, 1983. As she reminisced a spontaneous interview ensued about the history of Fourth & Hope, and I wanted to share this story.

It all started with Ms. Marion Beaudin, an 82-year-old Woodlander who was concerned about the people living on the streets who had no services to help them. As a member of the United Methodist Church, she persistently sought out help after a man was found dead one winter on the floor of a park restroom. The immediate reaction was we have a shelter for animals, but not for people?

Members of the United Methodist Church and the New Testament Church hosted the first meal for 16 men and one woman on Christmas Day in 1981. Recognizing the need for food, the United Methodist Church began to offer a free meal once a week at the church, located on the corner of Second and North Streets. In June of 1982, five churches came together – United Methodist Church, the Christian Church, Holy Rosary Catholic Church, St. John’s United Church of Christ, and Woodland Presbyterian – to serve dinner five days a week. The program was called “Street People’s Supper” and served approximately 15 people each night. Volunteers made the food in their own homes, donated money for food, and their time to keep the program going. 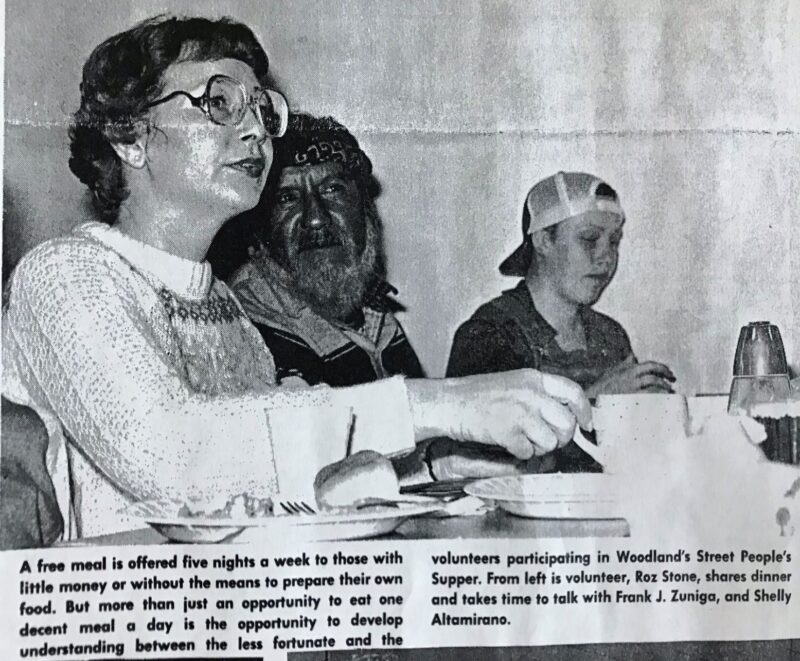 “I had a stereotypical view in my head of a homeless person. Before, it was even a certain kind of fear. And now they are people that we know by name. And now I don’t fear them, in fact, I look at them as protectors,” Roz said from the 1983 Daily Democrat article.

A year later the number of people served by the meal program doubled. The homeless population changed with the surge in job loss and the increase of women and children needing help. As the dinner program grew it moved to the Senior Nutrition Center at the Hotel Woodland. During this time, Roz was a nurse at Yolo General Hospital where she got to know many homeless individuals, and she helped with outreach for the program to ensure those who were hungry received a meal. One meal program participant stated Roz was the best woman he had ever met, and she saved his life.

Roz was a single mother and on welfare while going to nursing school. She graduated at the age of 41 and retired at 76. For the last 22 years of her career, she was an RN at an assisted living and retirement facility, and she has been a volunteer at Fourth & Hope since 1983. Nearly four decades ago, Roz stated, “We started with the feeding but then we hoped to go on to a place for people to clean up, wash their clothes, have their meal, and stay overnight out of the cold.”

Well, Ms. Roz Stone, you did it! In 1985 volunteers formally organized and created the Yolo Wayfarer Center Christian Mission (now Fourth & Hope). In 2006, the small shelter house that sat on the corner of Fourth and North Streets in Woodland was replaced by today’s shelter, which houses 24 men, 24 women, and up to 10 families. Tremendous community support made this dream a reality. As the need to help people rise, Fourth & Hope continues to expand its services. Fourth & Hope has helped thousands because of volunteers like Roz. Last year nearly 300 people moved into permanent housing, and 100,000 meals were served.

In closing, I asked Roz why do you volunteer today?

“I am so lucky. I was a single mom and welfare helped me through nursing school and ever since things have gotten better. I am healthy for being 80 years old, and I think we all have to give back,” said Roz. 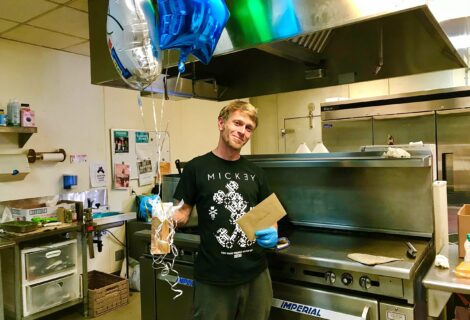 WE MISS OUR VOLUNTEERS!