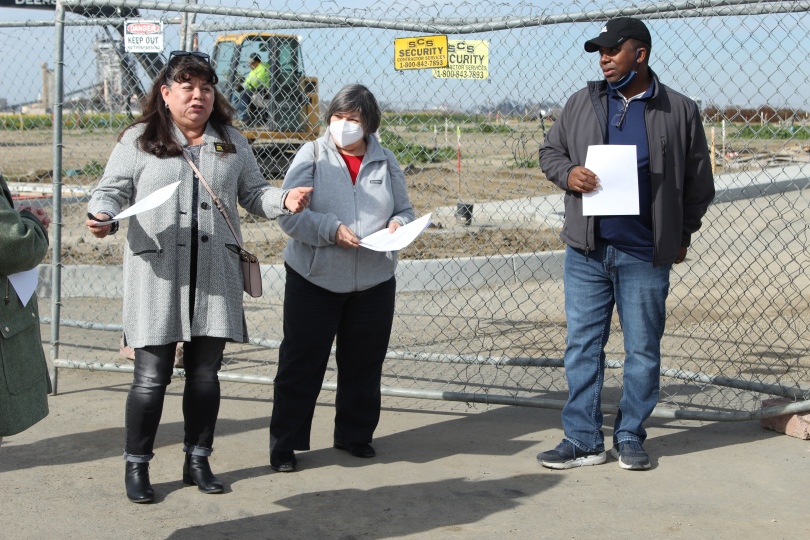 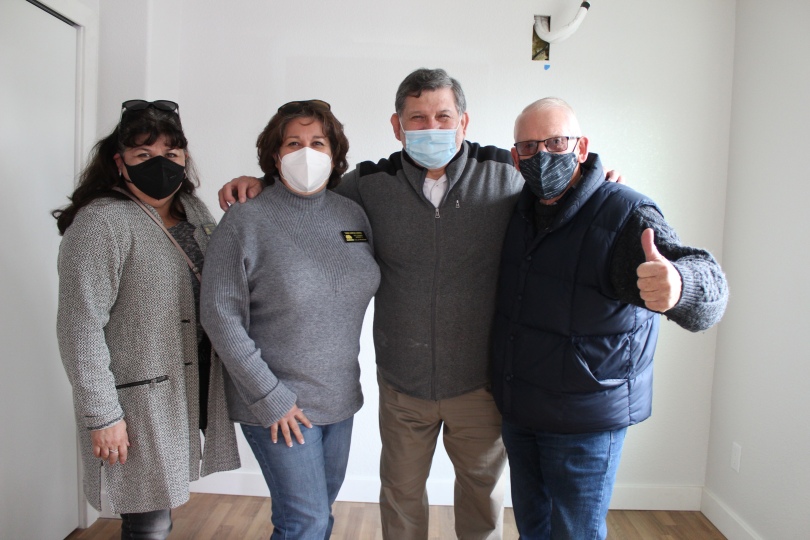 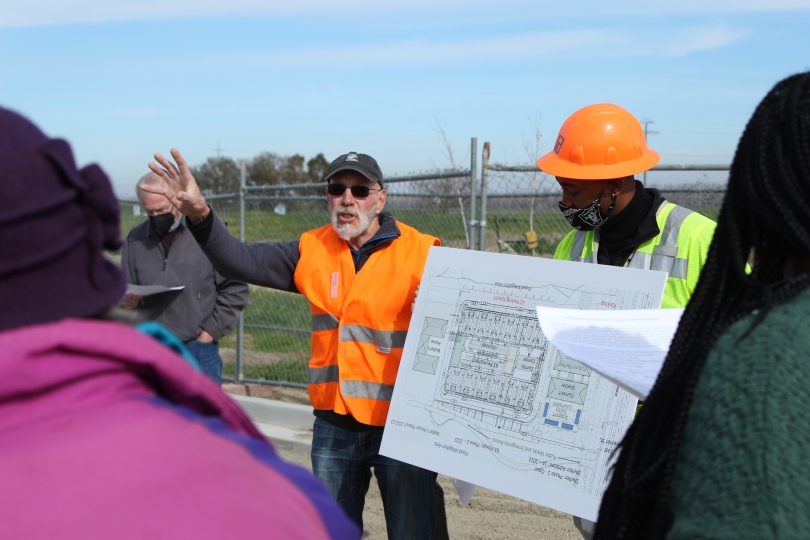 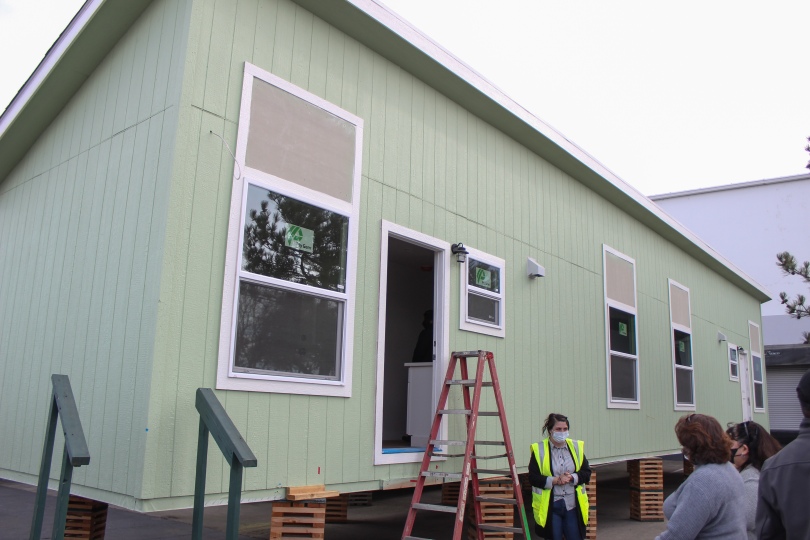 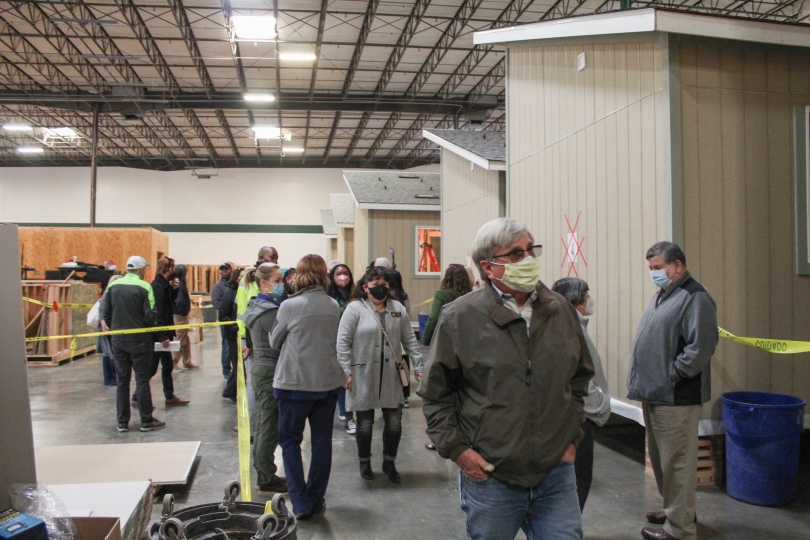 City officials and local stakeholders got their first glimpse of the next phase of a multi-million dollar housing project aimed at helping Woodland’s homeless population.

“There is no better jurisdiction to work with than the city of Woodland,” explained Scott Thurmond of Friends of the Mission, one of several organizations involved in the effort. The project consists of a collaboration between the city of Woodland, Yolo County, Friends of the Mission, Fourth & Hope, and Woodland Opportunity Village, according to a city report.

Thurmond led a presentation at the East Beamer Way campus last week, which encompassed the project’s history and where it is going next. Project planning goes as far back as 2017, Thurmond added.

The main focus of the presentation, however, was the second phase of the project.

The East Beamer Way campus, located at 1901 E. Beamer Street in Woodland, is preparing to expand by adding 61 units of permanent supportive housing.

The $15 million project, consisting of three phases, began in 2020 with the construction of a 100-bed homeless shelter that has been in operation since early 2021. The 61 additional units of permanent supportive housing marks the second phase of the project, which will sit on about 2.8 acres and will be occupied in mid-2022, according to project officials. The third and final phase involves the relocation of Walter’s House – a substance abuse treatment center currently located in downtown Woodland – that has 60 beds. If everything goes according to plan Walter’s House will open sometime next year.

The funding for the next phase of the project comes from a few different sources, including $1,482,000 from the Homeless Housing Fund; $325,972 from the City’s Partnership HealthPlan grant; and $1,353,356 in funds that will be provided by Friends of the Mission, according to a city report. Last week Thurmond indicated that they are working on other funding sources, such as those distributed by Project Homekey.

Project Homekey is the state’s program for turning hotels and other buildings into long term homeless housing. Thurmond explained that Yolo County was considered part of the Sacramento region and much of the Project Homekey funding went to projects in Sacramento. However, he said they are “cautiously optimistic” that the East Beamer Way project will be considered for some discretionary funding through the program.

On the infrastructure side of things, Stephen Coyle explained that “all of the work underground is essentially done.” Coyle currently works as a consultant on the project but formerly served as the deputy community development director with the city of Woodland where he was introduced to the East Beamer Way project.

Coyle explained that the 61 housing units would consist of modular duplexes that are built to California residential codes.

“These are better boxes,” he said, noting they will be constructed in a way to “reduce operating costs for the residents.”

Gesturing to the future location of the homes, Coyle said “what’s missing is the foundation for the modular units.” The process to install these units involves the construction of concrete piers. The duplexes, which are being constructed off site, will then be lowered onto the piers using cranes. Coyle indicated that they are still waiting on permit approval to construct the piers.

“We haven’t found anyone else who has done what we are doing before,” Coyle said of the project as a whole. “All the housing is duplexes, which is more efficient and more cost effective. This is not going to be boring looking housing.”

Coyle credited individuals with the city of Woodland Public Works Department, Woodland Police Department and Woodland Fire Department for their contributions to the project.

“Without their cooperation we couldn’t have done this,” he concluded.

Asked whether residents can start moving in as soon as the first few units are installed, Thurmond explained that due to the nature of the program they “have to have all of the units built before moving people in.”

Before the tour moved onto the next location – a Cutting Edge Modular facility in Woodland working on the first duplexes for the project – Woodland Mayor Pro Tempore Victoria Fernandez had some words of gratitude for the group.

“Thank you for your willingness to stay the course” to help our community and committing so much time, thank you, she said.

Cutting Edge Modular’s facility – located at 550 N Pioneer Ave Suite 100 in Woodland – started construction on the first units for the project on Dec. 20, according to Office Manager Rachel Zuniga.

Zuniga explained that every phase of construction on the modular units happens in Woodland.

“It is all done on site from start to finish,” she said while holding a ladder for members of the tour group to enter one of the duplexes, which was suspended on stilts outside. That particular unit was further along in the building process than some of the others located within an adjacent warehouse.

The example supportive housing unit shown to city officials and local stakeholders had a bedroom, bathroom and a small kitchenette with several cabinets, a double bowl sink and space for an electric stove that will eventually be added to the unit.

Zuniga said that much of the company’s focus in recent years has been on building homes for California wildfire victims.

The housing project consists of the design, development, financing and eventual management of 61 units of permanent supportive rental housing and a small community center, according to project organizers.

For more information on the project, visit cityofwoodland.org/1248/East-Beamer-Way. 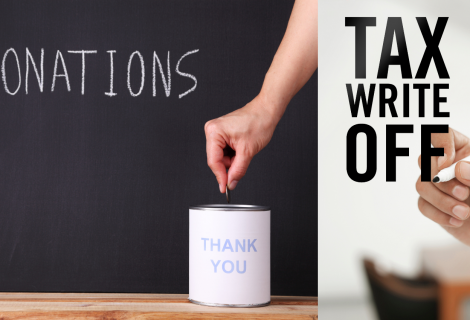 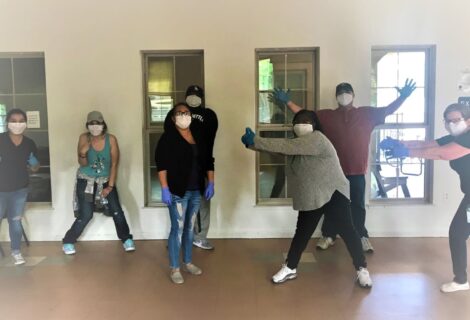 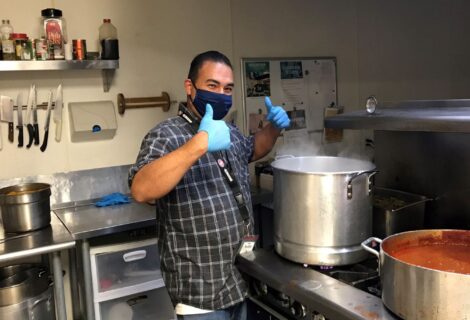